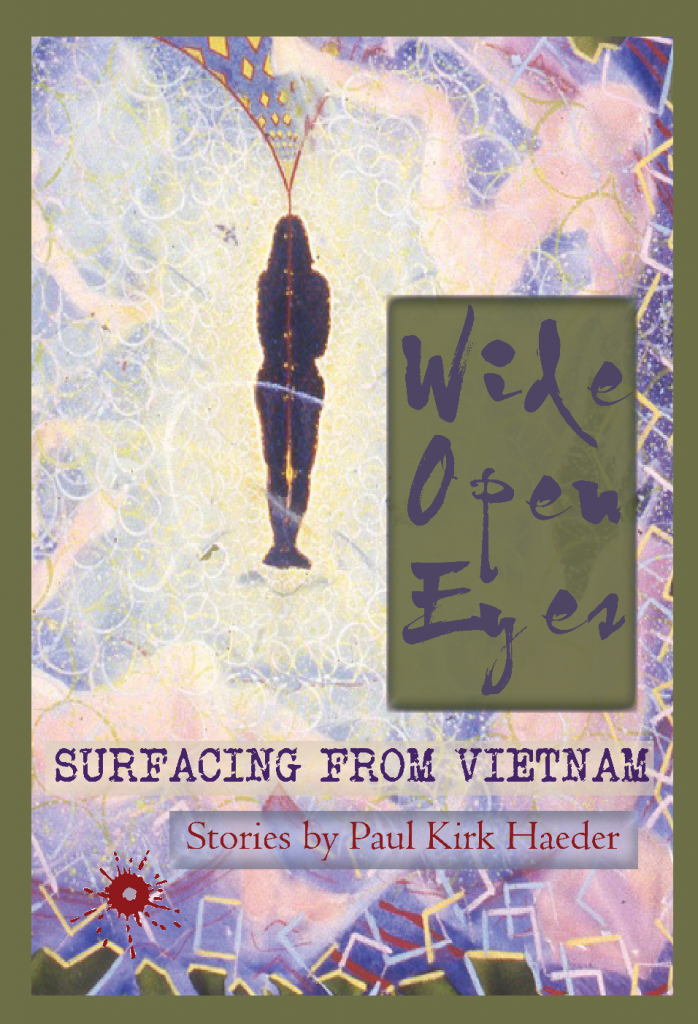 What radiates from every page of Paul Haeder’s Wide Open Eyes — Surfacing from Vietnam is a journeyman’s gift for showing the ties that bind ordinary people to their own crystallized struggle with “their Vietnam War baggage.”

These 17 fictional stories confront estrangement war veterans and their families have dredged through lives which are heroic because they all are survivors. This is a collection of stirring interlinked stories of reclamation from the perspective of the walking wounded.

The characters are colorful inside Haeder’s cauldron of quirky visceral story-telling. Lost souls are deftly moved from plot to plot as this writer shows a wizard’s sense of life’s absurdity. There is sinew and heart sculpted into myriad of protagonists.

—Ordinary people are scrawled into this atmospheric collection, yet Haeder seeks to explore the devastation of heartache by deploying black humor and leafy poignancy. From an old Army colonel lamenting rotting teeth getting yanked, to a hard-boiled street person humping it in the West flailing at his own demons from America’s War with Vietnam, this is funny, stirring stuff from a talented writer.

—Coupled with his imaginative story-telling and eye-watering vernacular, this collection comes with arresting photographs anchoring each story. Eighteen photographs are an added creative touch to his fiction. The writer was in Vietnam — after the war — as his preface sets the stage for the first casualties of war.

"From a lonely bookseller in Albuquerque to a street vagabond in Tucson, these are people most readers pass over in their lives. As readers of this collection, if we keep our eyes open and ears tuned, Haeder shows us vibrancy in people struggling. The author pins a lot of these stories on the theme 'surfacing from Vietnam,' but the reality is we as readers are forced to dive deep into the author’s realm of sometimes twisted characters and unforgiving plots."

—Rick DeMarinis (1995), Author of The Year of the Zinc Penny, The Mortician's Apprentice, and other works 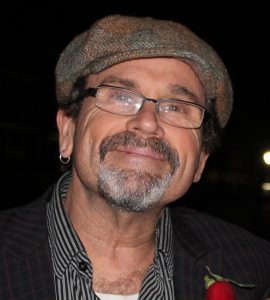 Paul lives with Copernicus (ball python), 17-year-old Ruby the Cat, partner, Lisa, inside the tsunami-rich Central Oregon Alsea River ecosystem. He’s been a newspaperman in Texas, New Mexico, Arizona, Washington, Oregon, as well as for magazines and newsgroups. Radio show host, social worker, K12 teacher, college educator, Paul continues to fight for and live inside the world of precarity, cobbling together jobs to barely survive the assault of predatory, parasitic Capitalism that has been eating at souls for more than half a millennium.