Sky Changes On the Kuskokwim: A Novel by Clifton Bates 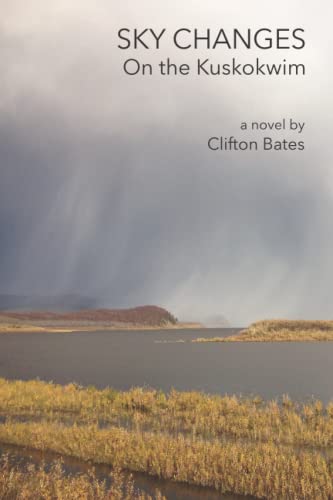 In the course of a lifetime, so much has changed in rural Alaska. Time has eroded the past ways of living; leaving in its place, a complicated straddling of the old and new.

The author takes us through the life and hard times of Kim-boy. From family loss to memories gained, Kim-boy struggles to find his way and make sense of both time and place. This is a story that could be told in many parts of Rural Alaska.

Kim-boy’s life is a story of changes and, perhaps, tragedy. His life was a sand bar as the tide rises. Smooth at first, seemingly endless, only to narrow and disappear with the incoming tide of an everchanging world.

This is a story of cultural change through the character of Kim-boy who lives along the Kuskokwim River in Alaska. He experiences the advent of outsiders who come from the Lower 48 and disrupt his hunter-gatherer life of living off the land. Kim-boy’s world changes as his culture transitions from a barter to a cash economy. But Kim-boy is resilient. He overcomes the challenges as he is forced to adapt to an academic classroom, deal with the negative effects of alcohol abuse, experience the harsh reality of death and disease and the tearing down of his supportive, extended family.

Each chapter begins with an epigraph to remind the reader that the land of the Yup’ik on the Kuskokwim Delta is part of a larger world. And, prior to each chapter, a short poem by the author challenges the readers’ thinking. It is a gentle nudge to ponder the events happening on the Kuskokwim and what’s to come in the next part of the narrative.

I could very well have known Kim-boy. I grew up in a town on the Kuskokwim at about the same time period. I can attest that Sky Changes brings to the reader a sliver of the life among the Yup’ik during this time. 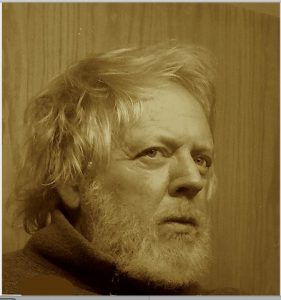 Originally from the Pacific Northwest, Clifton Bates moved to Alaska in 1977. He was employed as a secondary school teacher, a school district administrator, and a full-time university professor. He lived and worked for over three decades in the Kuskokwim Region in Western Alaska. He is now retired living at his home in Chugiak, Alaska.

Literary achievements include writing and producing with Alaska Public Television Somebody’s Taking Pictures, an historical documentary film aired statewide and dedicated to the people of the Yukon-Kuskokwim Delta. His play entitled Witnesses concerning Yup’ik characters in the Kuskokwim region was presented on stage at the Western Region Playwrights Showcase in Denver, Colorado. With the Very Rev. Dr. Michael Oleksa, he co-authored a book on Alaska Native education: Conflicting Landscapes, American Schooling/Alaska Natives. This text remains the definitive resource for all educators working with Native students. Cirque Press also published his second book, Like Painted Kites & Collected Works. It contains essays, poetry, plays, and short stories about Asia, Alaska & Elsewhere; all of which had been previously published in various literary journals in Alaska/USA, Germany. France, England, and Malaysia.