Nothing Got Broke by Larry F. Slonaker 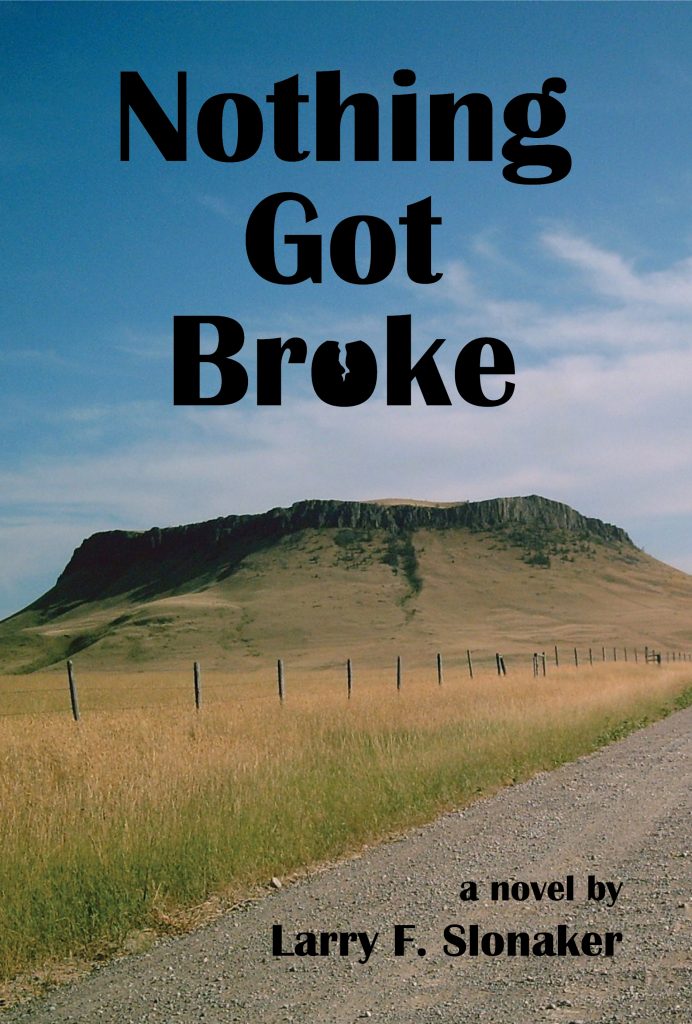 In Nothing Got Broke, Larry Slonaker does a remarkable thing: He puts you firmly on the Hi-Line of Montana, sends the ceaseless wind swirling around you, gives you a taste of the beer, and sets you up with a view down Main Street and into the hearts, hopes, and broken dreams of the people in that place. That he gets Montana comes shimmering off these pages.... Slonaker reveals it with appropriate measures of reverence and unflinching candor.

—Craig Lancaster, author of And It Will Be a Beautiful Life and 600 Hours of Edward

Doug Rossiter has a secret, and in the spirit of modern Western writers Kevin McCafferty and C. J. Box, Larry Slonaker roots us firmly in today’s Montana as that secret is slowly revealed. Along the way, Slonaker holds up a mirror for us, where we can ponder Rossiter’s ruminations on the truths of Manifest Destiny in the American West, and squirm because they cut so close to the bone.

—Doug Pope, author of The Way to Gaamaak Cove

Larry Slonaker knows the raw world he writes of, in this gritty narrative slashed with liberal dashes of noir. He demonstrates a sharp eye for details that count and a keen ear for dialogue inflected with regional accents.

—Ron McFarland, author of The Rockies in First Person and Appropriating Hemingway

Larry F. Slonaker was born and raised in Great Falls, Montana, and graduated from the Medill School of Journalism at Northwestern University. He worked as a reporter and columnist at the San Jose Mercury News. He and his wife now live in California’s Central Coast, on a place just large enough to accommodate a few horses, a few dogs and several (fixed) feral cats.