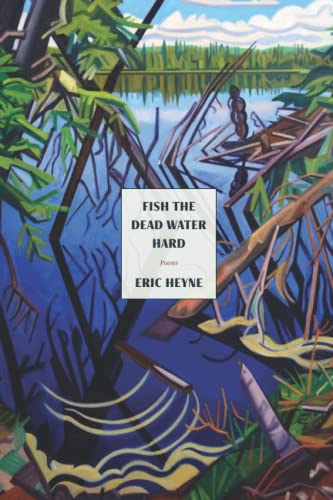 Eric Heyne’s moving debut collection, Fish the Dead Water Hard, beautifully engages the cycle of the seasons in Alaska while exploring the course of lives—aging and mortality. This book takes us from Alaska to Greece and Spain and points in between. Whether observing nature, society, or the domestic sphere, Heyne is always clear-eyed. By turns poignant and tender and sexy and humorous, this book charms with its perspective on mothers, fatherhood, daughters, life, and death...Do yourself a favor, get swept up in the shifting currents of Fish the Dead Water Hard and be moved.

Though centered in Alaska, Eric Heyne’s poems travel the world. Brilliantly observed and buttressed by a strong poetic craft, they take us to the spot and open our eyes. Whether set in the Brooks Range or at the Acropolis, a steady thoughtful voice holds the book together, while intimate poems of family life embody Heyne’s core emotions. This collection resonates with life.

—John Morgan, author of The Moving Out: Collected Early Poems, Archives of the Air, and River of Light: A Conversation with Kabir

In Fish the Dead Water Hard, Eric Heyne shares Alaska in summer, when hieroglyphic lichens “spell out their slow story in a dead language.” During brutal, long winters, ice fog fossilizes all trace of life. He mourns a young one gone too soon who leaves us “to mourn the impossible lives of the living.” He honors a beloved stepmother who “talked to us like we were worth listening to.” These poems are dispatches from above ground, where the poet asks “What else can’t I be?” He advises those of us not quite ready to go yet to “just assume you’re still in love.” Eric Heyne shows us, with delicacy and grace, the quality of light in a forest half eaten by leaf miners, then wonders about what forest his daughter will see. That succession-in-progress, like a five-armed sea star, is “balanced and incomplete, like poetry, like life.”

These poems appear for us like cairns in a dark wood and we read them with delight and curiosity. Each word of Eric Heyne’s poems is stacked with intention and meant to show us something about the complex and layered woods we are walking through. Heyne doesn’t shy from the darker moments—the fear of a biopsy, the loss of sexual desire, the warming of our world. But these poems are also markers, built to help us find our way. “And someone, awaiting migration, finds/this stack of stones on the horizon and is no longer alone.”

—Emily Wall, Professor of English at the University of Alaska, and author of Flame and Breaking Into Air 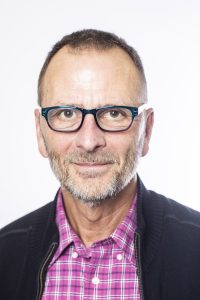