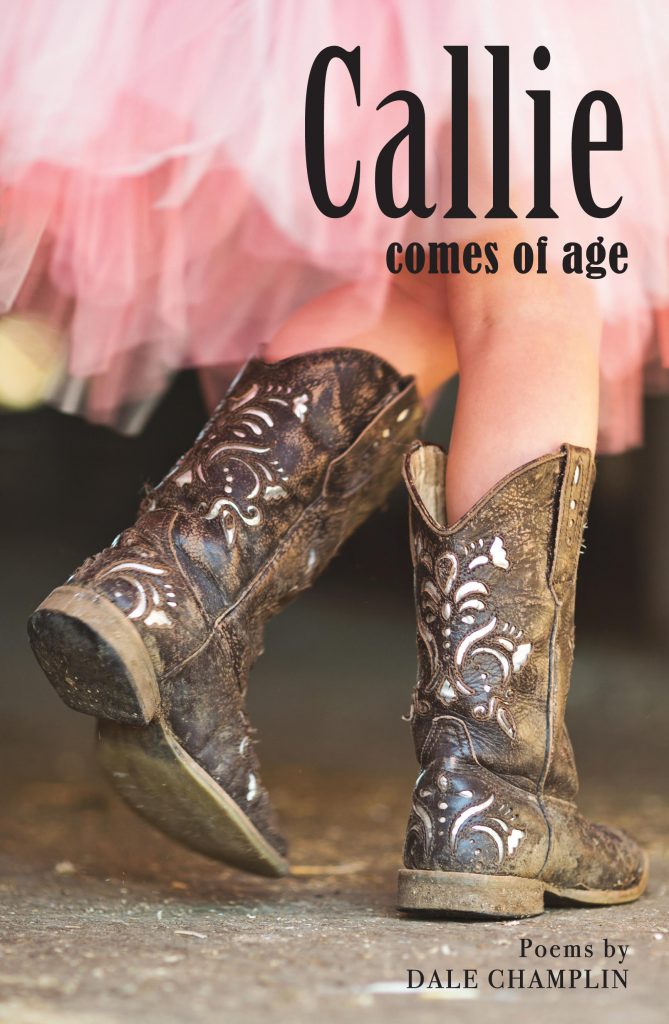 Callie’s indomitable spirit corrals everything she does. Self-reliant, quirky, intelligent, sensual and untamed, she throws herself wholeheartedly into every new experience. For full effect, read Callie Comes of Age as you would a novel. The overall trajectory is best considered as a single narrative. In Callie’s search, each poem leads to the next discovery, her voice and personality irresistible as we follow her from childhood loss to adult resolution. Callie doesn’t question the grit required to get through her daily chores on the cattle ranch. An arid landscape dictates her hardscrabble existence. Ultimately, there’s a mystery for Callie to unravel.

Callie Comes of Age is pretty darn masterful. The magic of Dale Champlin’s exuberant narrative, like Callie herself, is impossible to tie down. Beyond a braided story that will buckle you, the cascade of poems reveals a sensuous and hard, lonely and austere landscape. The sharp characters and sure-handed narrative pull us, while in a rhythm that alternates between shuffle, gallop, and gusty breeze, the poems with their details of snake belly, scar, and bone won’t let us go.

Ringing with an exquisite lyricism, Dale Champlin’s amazing Callie Comes of Age—a novel in the form of poetry—holds me in thrall. Set in the harsh ranch country of the American West, which shapes her life, Callie’s story evolves from an early childhood filled with tenderness and a strong sense of belonging into a grim tale of a sexually precocious and fiercely independent adolescence, in which glimmers of a dark secret begin to emerge. The deftly nuanced narrative kept me on the edge of my seat all the way to the end, throbbed by wonder. 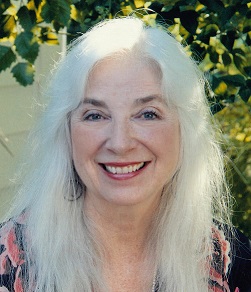 Dale Champlin, an Oregon poet with an MFA in fine art, has poems published in Willawaw, Visions International, San Pedro River Review, catheXis, The Opiate, Pif, Timberline Review and elsewhere. Her first collection The Barbie Diaries was published in 2019. Three collections, Leda, Isadora, and Andromina, A Stranger in America are forthcoming.

Ever since her daughter married a bull rider, Dale’s been writing cowboy poems. Memories of her early days hiking in the Black Hills of South Dakota, the bleachers at Pendleton Roundup, and summers camping at Lake Billie Chinook imbue her poetry with the scents of juniper and sage.