Baby Abe: A Lullaby for Lincoln

Baby Abe: A Lullaby for Lincoln

This lullaby imagines scenes from Abraham Lincoln’s life, from his 1809 winter arrival in the world to his third birthday (1812). Period objects, foods, verbal expressions and manners are twined into the text. Scenes described are typical of life on the Kaintuck (Kentucky) and Indiana frontiers. Research began with Carl Sandburg’s two-volume biography; and, some years later, embraced the details of Sidney Blumenthal’s A Self-Made Man: The Political Life of Abraham Lincoln, 1809-1849 (2016).

Characters are generally true to history with the exception of the preacher, the tinsmith, the shoemaker, the Yarb Woman and the Widder. Although fictional, these characters are typical of individuals who would regularly visit remote homesteads. 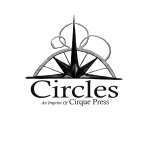 Announcing Circles, a new imprint of Cirque Press designed for illustrated books. Look to these engaging books for image and light, fun and fantasy, mystery and music. Circles focuses on the singing of the spheres, the clock of the seasons, the mirth of the hyena, and the renewal of legend and myth. 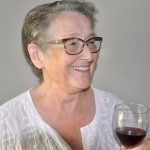 Ann Chandonnet is a food historian, poet and children's book writer. She has won a national prize for wilderness writing, and a national education prize for Gold Rush Grub (U of Ak Press, Fairbanks). Chandonnet has written a 500-page book, "Write Quick": War and a Woman's Life in Letters, 1835-1869 (Bethel Historical Society) and attended meetings of a Civil War Roundtable in her current home, Lake St. Louis, MO. The four years of research for "Write Quick" supplied some of the information to be later used in Baby Abe.

Chandonnet was a resident of Alaska for 34 years.

Baby Abe should be especially useful to teachers of young children trying to give instruction about Abraham Lincoln. It contains a recipe for Mrs. Lincoln's Gingerbread, a chronology and a glossary as well as instruction for building a log cabin from pretzels.

About the Illustrator — Katie Scarlett Faile 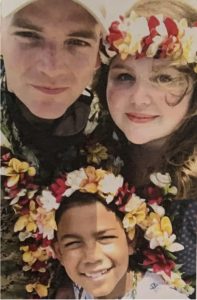 Illustrator and Maritime artist, Katie Scarlett Faile, is an internationally recognized fine artist known for her meticulously detailed and whimsical watercolor paintings. Working with traditional mediums, primarily, watercolor and ink, her works juxtapose heraldic symbiology with historic themes, classic color schemes, and sharp technical renderings. She often combines modern children’s themes with classic fairytale tropes and botanical motifs. Her works have been exhibited and archived in museums, used for DOD ceremonies and memorabilia, published in children’s books, and featured in other print publications. Katie grew up in a family of artists in the Appalachian mountains and now resides on the tiny Pacific Island of Guam with her US Naval Submarine officer husband, Erik, her 10 year old son, Brayden, and their dogs, Petunia and Maximus.